The Tree Register Patron and Trustees

Founders and Trustees of The Tree Register

Who founded the Tree Register? 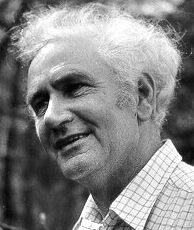 The late Alan Mitchell (1922-1995) was an internationally acclaimed dendrologist who came to public notice when his book A Field Guide to the Trees of Britain and Northern Europe was first published by Collins in 1974.

Alan studied forestry in Dublin, Ireland from 1947-51, gaining a degree before going briefly to Trinity Botanic Garden and then the Forestry Commission as assistant geneticist at the Alice Holt Research Station, Surrey, England. His work gave him access to many private estates in search for the selection of fine trees for seed collection. He had an insatiable thirst for compiling lists, helped by a genuine photographic memory for statistics.

His travels enabled him to find and re-measure trees recorded by JC Loudon in the 1800's, Elwes and Henry 1906-1913, the 1890 and 1930 Conifer Conference Reports by the Royal Horticultural Society and the more recent work of the Hon. Maynard Greville in the 1950's.

His continuing work provided most of the data for the 1970 Conifer Conference. In 1972 the Forestry Commission published his detailed descriptions, identification and further data on exceptional specimens as their Booklet 33 Conifers in the British Isles. This work led to the Collins Field Guide and a later Pocket Guide both still selling well. He received the Royal Horticultural Society's Veitch Memorial Medal for his data on conifers and a Victoria Medal of Honour in 1970.

His continuing search for rare and exceptional trees enabled the Forestry Commission to publish the first comprehensive list of Champion Trees which they continued to update until 1994. Alan retired from the Forestry Commission in 1986 and set up a consultancy service Green Scene with Victoria Schilling (then Hallett) before founding the Tree Register in 1988. Alan continued measuring and recording trees on his hand written card index completing records of over 100,000 trees before his death in 1995.

Image Right: The Honourable Maynard Greville pictured at Highclere Berkshire in the 1950`s.

Victoria Schilling worked alongside Alan Mitchell as assistant dendrologist at Alice Holt for many years before Alan retired and together they set up the tree consultancy Green Scene.

By 1988 they realised the future of this vast register of trees would be best protected within a charity and through its trustees. Vicky became the driving force of this new charity called The Tree Register (TROBI), encouraging a band of keen volunteers to help update and expand the Register. By 1995 the Forestry Commission had recognised the Tree Register's exceptional status and began passing all enquiries on data collection and champion trees directly to the charity.

After working as the Tree Register Registrar, Secretary and Treasurer and at one time all three, Vicky retired and moved from Sussex to a new home with husband Tony in the north west of Scotland. After a relatively short illness Vicky sadly died in November 2019. In 2020 The Tree Register set up the Vicky Schilling Bursary to help fund tree measuring volunteers.

His Royal Highness the Prince of Wales 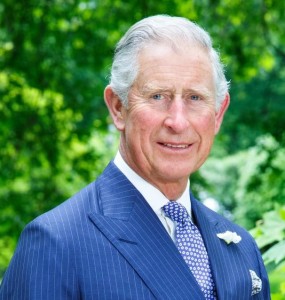 The Prince of Wales is first in line to the British Throne. He was born Charles Phillip Arthur George at Buckingham Palace on 14th November 1948.

The Prince of Wales has a wide variety of interests. The Prince enjoys gardening, sports and the performing arts and painting in watercolours.

The Prince of Wales has been prescient in identifying charitable need and setting up and driving forward charities to meet it, and his 17 core charities alone require His Royal Highness to assist directly or indirectly with raising around £110 million a year.

The widow of Alan Mitchell, co-founder of The Tree Register. She is a keen naturalist.

The Earl of Rosse

The family home of the Earl's of Rosse at Birr Castle, Co.Offaly, Ireland are the largest gardens in the country and feature thousands of trees and plants propagated from seed that was collected all over the world by three generations.

At least 50 trees are champion trees of the British Isle

Chairman of Trustees. Retired partner in a leading firm of solicitors in the City of London and keen conservationist.

Owner of a private arboretum in south-east England, with plantings of known wild provenance. Member of Royal Horticultural Society Committee B.

Author of the best selling book: Meetings with Remarkable Trees.

A freelance writer, broadcaster, lecturer and garden advisor who has enjoyed a distinguished career as plantsman and botanical explorer worldwide.

Manages his own arboretum at East Bergholt Place, Suffolk

Head of the Arboretum at The Royal Botanic Gardens, Kew.

Appears in the television series "Trees that made Britain"

Heads the internationally renowned Arabella Lennox-Boyd Landscape Design practice which has been designing landscapes around the world for over 40 years.

Executive Vice President of the Royal Horticultural Society. Jim retired after a 28-year career at the society as its curator and horticulture director.

Freelance dendrologist. David supports the Trustees and is the Tree Register database manager and volunteer network co-ordinator. As part of the Tree Register partnership with the Woodland Trust he is the Head Verifier for the Ancient Tree Inventory.

Dendrologist, conservationist and author of The Sussex Tree Book, the Collins Tree Guide, Champion Trees of Britain and Ireland and Arboretum. Received the MBE in the 2018 New Year Honours for services to the environment, which Owen received from Her Majesty the Queen at Windsor Castle and in April 2020 was awarded the Veitch Memorial Medal (VMM) by the RHS.

Senior Environmental Advisor for the Highways Agency. A new role since 2015 but Philippa has previously volunteered for the Tree Register as Membership Secretary and helped archive materials now held at Kew.

Retired teacher. Leading authority and recorder of more than 1,000 ancient yew trees. Organises the Ancient Yew Group who in partnership with the Tree Register maintains the web site The Ancient Yew.